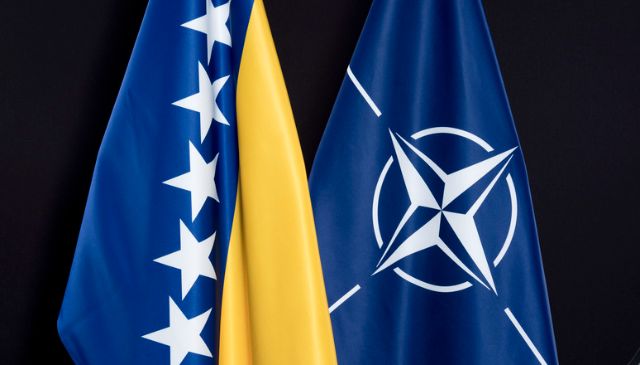 Explainer: The dispute over registration of military properties in Bosnia (DRAFT)

Claims and concerns: On Twitter a recent debate has centered on whether Bosnia’s High Representative will consider using the Bonn Powers to influence the issue of registration of military properties in Bosnia.

This post is an attempt to explain the key elements of the debate to readers who are not familiar with the topic.

The Dayton Agreement and the Office of the High Representative

The Dayton Agreement marked the end of the war in Bosnia which lasted from 1992 – 1995. A part of the Agreement includes the legal framework for the post-war Bosnian state, in particular Bosnia’s constitution.

The political and financial support mechanism for the OHR is the Peace Implementation Council (PIC) which was established in 1995 in the immediate aftermath of the signing of Dayton. The PIC comprises of 55 states and several agencies. [i]

At its meeting in Bonn in 1997, the PIC granted the Office of the High Representative the power to “…enact laws and remove elected officials.”[ii]

The use of these powers demand what is vaguely defined as ‘support’ from countries such as the US, France, Germany, the United Kingdom and Turkey.

The current holder of the office of High Representative (OHR) is Christian Schmidt.

In debates related to Bosnia and the role of the OHR, the term agenda 5+2 often appears.[iii] Explained briefly, the 5+2 agenda is essentially a list of objectives defined by the PIC that the authorities of Bosnia-Hercegovina need to deliver before the PIC will be willing to close the Office of High Representative.

According to the official OHR website, one of these objectives is described as: “…the Acceptable and Sustainable Resolution of Defense Property…”. This appears to be the objective in question in the ongoing debate over military property in Bosnia.

The thorny issue relates to what is described as the ‘distribution of property between state and other levels of government’ – in this case immovable military properties.

In the aftermath of the collapse of Yugoslavia, 63 military facilities, which previously belonged to the Yugoslav People’s Army, existed in Bosnia. After the war in Bosnia, 23 ended up being in what was to be the Bosnian Serb part of Bosnia, Republika Srpska (RS). The rest were situated in the other entity, the Federation.

According to Balkan Insight, the Federation has already taken steps to transfer the registration of the facilities to state level. Contrary to this, senior political figures in RS still refuse such a transfer, arguing the military facilities situated within the entity are the property of RS and not the state of Bosnia-Hercegovina. [v]

For years, the issue regarding registration of military facilities has been one of the major hindrances to an eventual Bosnian NATO membership. Nevertheless, in 2018 NATO activated the Membership Action Plan (MAP) which is a program intended to prepare states for NATO-membership.[vi] Today, the issue remains unsolved.

The concern / the claim

On Twitter, a claim has circulated that the High Representative is considering the possibility of using the Bonn Powers to resolve the issue of military facilities. After the election night 2022 debacle where the OHR surprisingly strengthened the hand of the Bosnian Croats by enacting changes to the election laws, the concern is apparently that Christian Schmidt considers a move where, using the Bonn Powers, he could enforce some sort of solution where military properties remain under RS authority.[vii]

What says the OHR?

On Twitter, the OHR has repeated the prominence of the objectives mentioned above.

In order to meet the objectives, the OHR has emphasized that what is needed is “…politicians finally committing to do their job in the state institutions”.[vii] Although the OHR may have a point, the tone with which the national politicians are addressed can hardly be described as overtly diplomatic.

I have thus far been unable to find public sources in English that indicate any pending decisions or other initiatives regarding the matter of military properties. I would be happy to be informed otherwise – and this is why I have written ‘draft’ in the title.

At a geographical distance from Bosnia. Using only English written sources. Here are some final reflections:

Login to Anders Stubkjær.com
Reset Password
Enter the username or e-mail you used in your profile. A password reset link will be sent to you by email.